Fight City - The Role-Playing Game is a loving tabletop RPG homage to the over the top Side Scrolling Beat'em Up genre of videogames. Think Streets of Rage, Final Fight, Double Dragon, River City Ransom... That's the vibe! So grab your dice and TAKE IT TO THE STREETS!

Fast Starting!
Characters take less than 5 minutes to make, and that's only if you want it to!

Unlimited Creativity!
Player Characters, Opponents, Bosses... They can be anything you want them to be! Mutant animals? Done! Cyborg ninjas? Fire it up! Crab legged cyber wheelchair fighters? Oh hell yeah! How? Just say that's what your character is or what the opponents are! This game's not limited to any one genre except the one that TAKES IT TO THE STREETS!

Accessibility:
Tested with the @voice TTS app; it has some issues with the headings, but the reminder reads properly. A fix will be coming once I figure out why it's acting up.

"This game takes me back to the 80's and 90's, cursing at my SNES as I utterly failed to save the city in the Final-Fight-clone of the month. But, unlike those games, here I can be any kind of character I want, the co-op isn't limited to a second player, and I actually stand a chance of beating the Big Bad!

This game is pretty rules-light and there's no pre-written setting. But that makes it easy to slot into any world you choose! The game uses a dice pool system and everything is straightforward.

I'm looking forward to seeing where this goes, and what game worlds get made with the Fight City ssytem at their core!"

"I grew up in the glory days where we ate entire cooked turkeys we punched out of fifty-gallon drums. That's why Fight City gets the Red Dirt Danger Room Stamp Of Quality, an award I just made up. But this is some fun and elegant bashing for young and old and it deserves awards" ~ @RedDirtDangerRm

In order to download this game you must purchase it at or above the minimum price of $5.99 USD. You will get access to the following files:

Support this game at or above a special price point to receive something exclusive.

This has my attention.. Can you give a run down of how the system works.

This system is keeping it simple with d6 dicepools in a meet or beat roll off! Everything is made for quick reference and to keep the learning curve low.

does it have a character sheet? just bought and like a loot!

Soon! Working on a design this weekend!

Those sheets are all up now!

I've been wanting to try and run a ttrpg in the Yakuza-style of games and just from the description, this seems to be right up my alley. Does it use a previously established system, or is it an original system?

It's an original system. Hope it works for your game! 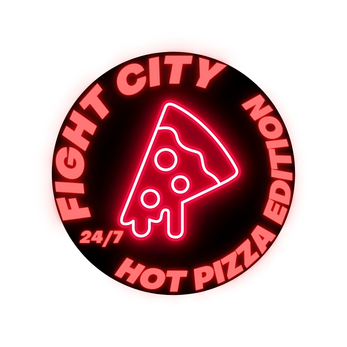 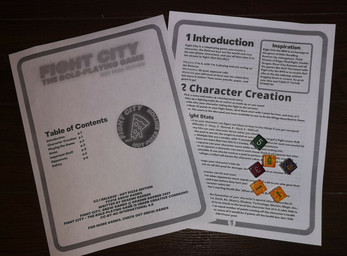